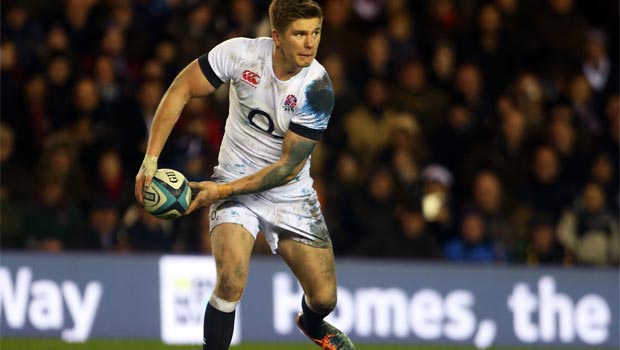 Owen Farrell says England’s crushing RBS Six Nations defeat to Cardiff on the final day of last year’s championship will drive them on when they face Wales on March 9.

Stuart Lancaster’s men, who are 2.50 favourites to win the tournament, arrived at the Millennium Stadium 12 months ago with their sights set on a first Grand Slam since 2003 but they struggled to cope with an inspired Welsh outfit who came out 30-3 winners to take the title for a second successive year.

The teams meet next weekend at Twickenham and with them being two of four nations currently sat on four points, victory could be vital to the outcome of this year’s tournament.

Wales, who are currently 5.00 to make it a hat-trick of titles, are set to be boosted by the return of star centre Jonathan Davies who could feature alongside Jamie Roberts in the duel with Billy Twelvetrees and Luther Burrell, which could be crucial in the outcome of the match.

Farrell admits he and his team-mates were hit hard by last year’s defeat but believes the clash at Twickenham gives them the perfect chance to show how far they’ve come since that day and is determined to get revenge.

“I think that experience will help us become what we want to be, but you never want to get beaten like that again,” he told the Mirror.

“If you look at our games since that Grand Slam loss, I think that’s what we’ve done. But you never forget how you came away feeling that gutted.”