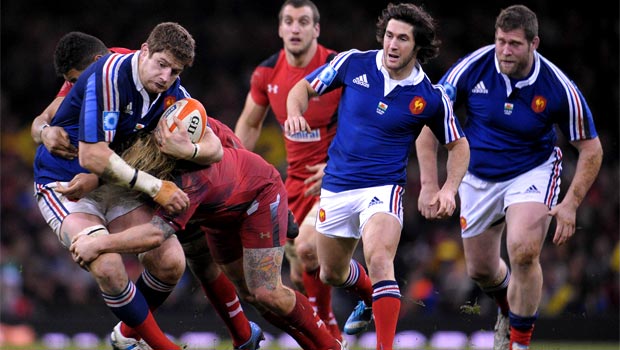 Wales have put themselves back in RBS 6 Nations title contention after crushing France 27-6 at the Millennium Stadium on Friday night.

Coach Warren Gatland had demanded a response from his side following the shock defeat to Ireland, and that is exactly what he got as they brushed the French aside.

Gatland’s men were left battered and bruised following the debacle in Dublin two weeks ago, but there was no looking back as they led by 14 points at the break thanks to a George North try and five Leigh Halfpenny penalties.

Sam Warburton added another try in the second half, to leave Gatland delighted with the performance and spirit of his players.

“We know we let ourselves down in Dublin in terms of the way we played and the performance,” Gatland said, reflecting on that 26-3 drubbing.

“There was a lot of pressure on the coaches and the players, and they responded brilliantly. I thought it was an excellent display.

“The message is always when you put that jersey on that you need to remind yourself sometimes about the responsibility. We are such a small playing nation that you can’t take that jersey for granted. That was the message.

“It was a reminder that when we put that jersey on we have got a huge amount to play for, whether it is family or friends or players from the past.”

Next up for Wales is a clash against England, when victory will give their chances of retaining the RBS 6 Nations title a further boost.