RBS 6 Nations: England wait on May 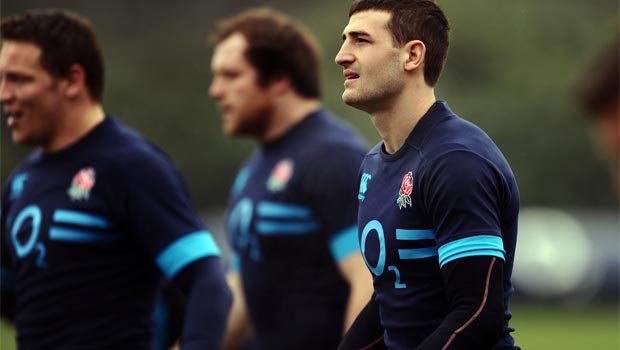 England winger Jonny May is a big doubt for Saturday’s RBS 6 Nations clash with Scotland at Murrayfield after suffering a broken nose on Saturday.

May suffered the injury just eight minutes into the 26-24 defeat by France at the weekend and will see a specialist on Monday to discover whether he has a chance of facing the Scots.

A statement issued by the Rugby Football Union read: “Jonny suffered a fracture to his nose against France and will see a specialist on Monday for further assessment.

“A decision on his availability for selection against Scotland will be made following that examination.”

England do have options should May fail to make the clash, with Anthony Watson most likely to get the nod to make his debut, although Mike Brown could move to the wing with Alex Goode starting at full-back.

There is some good news for England though as it was confirmed that lock Courtney Lawes just suffered bruising to his cheekbone at the Stade De France.

Meanwhile, Stuart Lancaster says England can still win the title despite losing to France and says they should draw inspiration from what Wales did last year.

“Wales lost in the first game and won the Championship, don’t forget that. That’s what I told my players after the game,” he said.

“France will be a tough side to beat, but Championships aren’t won in the first round.

“We’re disappointed to have lost and that’s probably a reflection of where we are in terms of our expectation.”

England have now drifted to 5.50 in the betting following the opening defeat, while France are now 2.80 joint favourites with Wales, who held off Italy 23-15 in Cardiff, to win the RBS 6 Nations title.