Peter O’Mahony: Front up against All Blacks 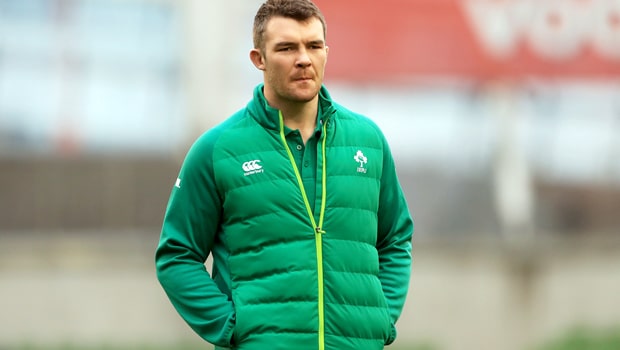 Ireland’s Peter O’Mahony believes Saturday’s Test against New Zealand will rest on the battle of the respecting front fives.

That, says the Munster player, is where international games are won and lost.

Joe Schmidt’s Ireland, ranked second in the world, will seek to lay down a marker for next year’s World Cup in Japan by defeating the All Blacks at the Aviva Stadium in Dublin.

The southern hemisphere giants were given a mighty scare by England at Twickenham last weekend, emerging with a 16-15 success having trailed 15-0.

Take out a clash in Hamilton back in 2012 and the total score from the last four Tests between New Zealand and Ireland is 96 to 90, and O’Mahony is expecting fine margins to play their part again in Dublin.

“I think tight fives set the tone for every international game,” said the 29-year-old.

“They are an integral part of the set-piece, which goes a long way to the winning and losing of a Test match.

“Our front five set the tone for us every week and it will be no different this week.”

Ireland’s Kiwi coach Schmidt is expected to recall Devon Toner on Saturday after they lost three of 13 lineouts during last weekend’s error-strewn win over Argentina.

Opposite number Steve Hansen has stoked the fire this week by suggesting he expects Conor Murray – yet to play in the autumn series – to start in Dublin.

The number nine has been nursing an injury problem and was effectively ruled out of the entire series but the New Zealand boss suggests he should play if he is ready.

Ireland are 3.20 to defeat New Zealand in Dublin. The world champions are strong favourites at 1.40.