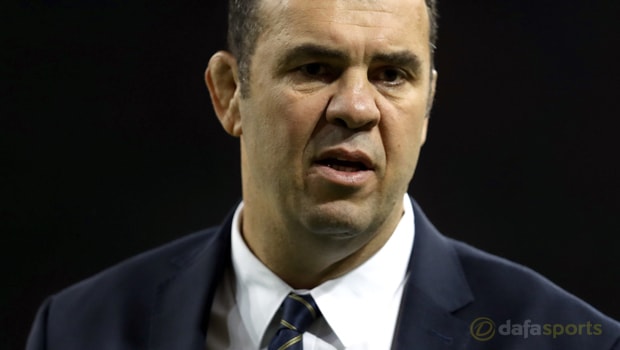 The Wallabies begin their summer series against the 2018 Six Nations champions in Brisbane on Saturday before further Tests in Melbourne and Sydney.

Ireland have won only 11 of their previous 33 Tests against the Wallabies but Cheika feels Joe Schmidt’s Grand Slam winners start as favourites given their current ranking.

“They’re the best team Ireland’s had since the start of their rugby history,” Cheika told reporters in Brisbane.

“They’re coming down here as number two in the world. They can claim they’re underdogs as much as they like, but they’re certainly going to be the favourites when they go off the back of the season they’ve had.”

Since taking over as Australia coach, Cheika has masterminded wins over each of rugby’s major nations, including the world champion All Blacks last year.

Ireland have proved the exception so far, with two hard-earned wins in Dublin in 2014 and 2016.

Cheika knows the Irish rugby scene inside out. He helped transform an underachieving Leinster into European Cup champions in 2009 as head coach, nurturing the likes of Johnny Sexton, Rob Kearney and Cian Healy before he was succeed by Schmidt.

Having guided an unfancied Wallabies side to the World Cup final in England in 2015, it has been a testing time since for Cheika, with the month of June proving particularly tough.

A shock home loss to Scotland last year followed a 3-0 whitewash by Eddie Jones’ England in 2016 so the Wallabies coach will hope for better against Ireland.

Australia are 2.00 to win the first Test against Ireland in Suncorp Stadium, while the tourists are marginal favourites at 1.91.