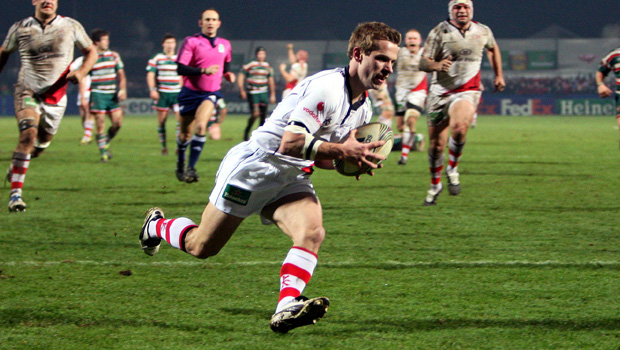 Ireland scrum-half Paul Marshall has signed a new three-year contract with Ulster that should keep him at Ravenhill until 2017.

The 28-year-old was set to be out of contract in January but has given the province a boost by signing up for another three seasons at least.

Marshall made his debut for Ulster in 2006, but only made his international bow for Ireland earlier this year against Italy.

He has gone on to establish himself as a formidable performer at club level, though, and admits playing for Ulster is still a dream come true for the Lisburn-born star.

“When I was growing up, all I wanted to do was to play rugby for Ulster,” he said.

“I have been fortunate over the past seven years to do just that and I am extremely pleased to know that I will be representing my province for at least another three years.

“To be able to play in front of friends and family is very special. I am passionate about playing for Ulster and I love what it represents.”

Ulster’s director of rugby David Humphreys was pleased with the news and his fresh commitment adds to his squad’s strength in depth.

“We need depth in all positions throughout the playing squad and retaining another international scrum half is an important part of achieving that,” he said.

Ulster have made a solid start to their RaboDirect PRO12 campaign, winning three out of their first five games, while they also recorded a win over Leicester Tigers in their opening Heineken Cup Pool 5 match last weekend.