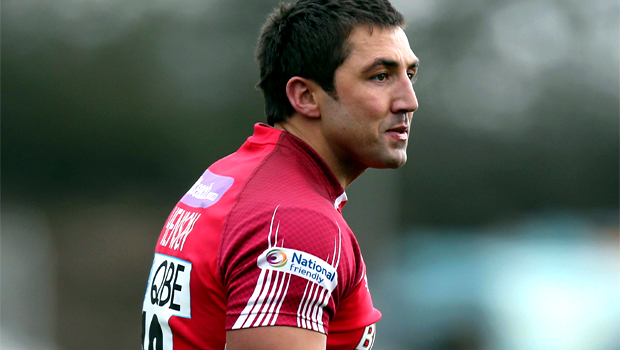 Wales international Gavin Henson has revealed he is eager to forget about his incident with Bath team-mate Carl Fearns and focus on being a welcome addition to the squad.

Henson joined the Aviva Premiership side in June and was immediately involved in a disagreement with Fearns during a team bonding night at a pub.

Fearns punched Henson after a verbal exchange, leading the club to issue both individuals with a fine and a warning.

The former Ospreys man admits it was not the way he wanted to introduce himself to the rest of the squad and believes he must now work hard to put it behind him.

The utility man, who can play at centre, fly-half, full-back or on the wing, has enjoyed a successful career at the top level of the game both domestically and internationally.

However, after taking an unpaid break from the sport he found his chances to return limited and signed for London Welsh. After the Exiles were relegated from the top flight he was handed the chance to prolong his career in England with Bath.

Henson said: “It wasn’t a great start to my Bath career but hopefully I can put that behind me.

“There was a lot of drink involved, that’s my excuse. Bad things seem to happen when I go out so maybe I shouldn’t go out.

“It was embarrassing and not a good thing for the club. But I like to think the squad got tighter after that.

“If I can get out on the field and start performing then hopefully it will be forgotten, and people will accept me and respect me as a player.”