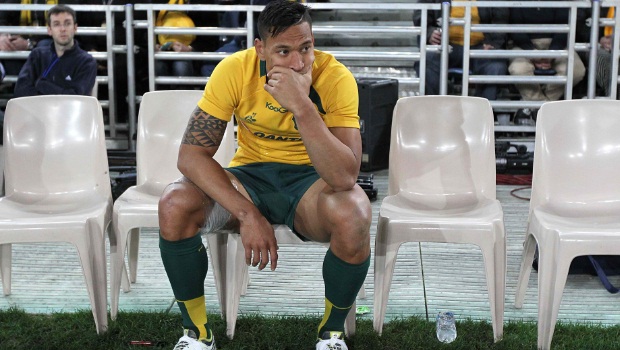 Israel Folau says he is desperate to make a telling contribution when his Australia side meet England at Twickenham next Saturday.

The 24-year-old switched to rugby union at the start of the year following spells in both rugby league and aussie rules and has made an immediate impact, starring for the Waratahs in Super Rugby before transferring his form on to the international scene.

His displays have been one of the few bright spots for Australia this year, producing a standout performance as they went down to the British & Irish Lions before again impressing in the Rugby Championship.

Despite his lack of experience in the 15-man code, he is now seen as the man to lead Australia’s challenge at the 2015 World Cup but they have plenty of work to do before then, starting with the upcoming Autumn Internationals.

Ewen McKenzie’s men take on England, Italy, Ireland, Scotland and Wales in the next few weeks and will be desperate to add to their record of just three wins in 2013.

Next Saturday will be the first time the 24-year-old has played at Twickenham and he is understandably looking to make a big impression against Stuart Lancaster’s men.

“The rivalry between the Aussies and the Poms is something you always want to get up and play for, Wales as well, it will be a hit back for the Lions campaign,” he told Rugby Gold. “It makes it a lot more special when you make your mark against good teams like that, especially at stadiums like Twickenham.

“You want people to remember your performance in a big game, that’s something I really enjoy as a challenge.”