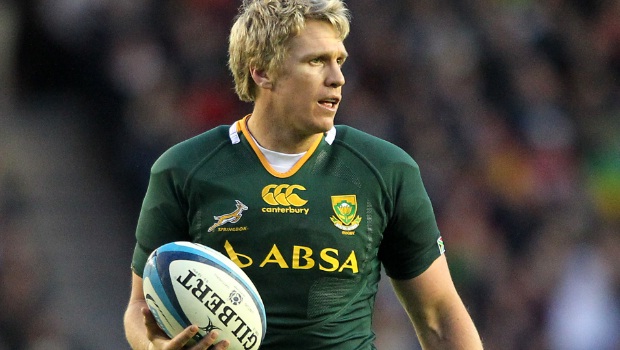 South Africa captain Jean de Villiers has warned Wales that his side are in the best possible shape ahead of their meeting on Saturday.

The teams face each other at the Millennium Stadium in what is one of the most hotly-anticipated games of the Autumn Internationals with two of the world’s form sides going head-to-head.

Wales have a notoriously poor record against the Southern Hemisphere nations, not winning against one of the traditional big three since 2008, leading to their mental strength being questioned.

However, after winning their second consecutive RBS 6 Nations earlier this year, a number of their stars played leading roles in this summer’s successful British & Irish Lions series victory in Australia and there is a newfound confidence around the camp.

The Boks happen to be one of the most dangerous teams in world rugby though and will provide Warren Gatland’s men with a huge task.

South Africa recently finished second in the Rugby Championship and De Villiers says his side are in top form going into the clash in Cardiff.

“We are as well prepared as any test match and maybe even better,” the skipper told reporters. “This team has come a long way in the last couple of months and we have improved drastically in certain areas. Hopefully we can take that into our game.

“A lot has been said in the media and they can say whatever they want to before the game. We know what we are capable of.

“For us, everything stays the same and we need to deliver on the field for 80 minutes. Afterwards we can reassess and make our statements.”