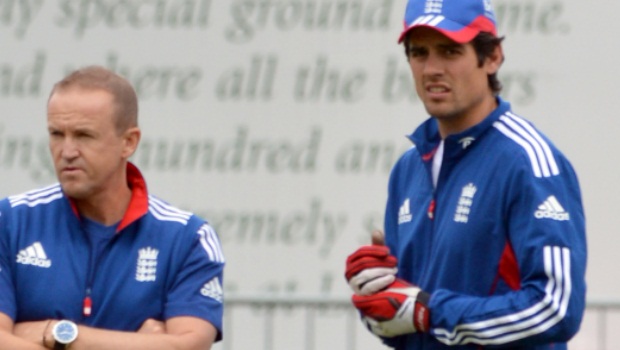 Shane Warne has once again attacked England captain Alastair Cook, suggesting that the selectors should replace him with either Kevin Pietersen or Graeme Swann.

The former Australia spinner recently described the skipper as “negative, boring and not very imaginative” ahead of the upcoming Ashes, as Andy Flower’s men go in search of their fourth consecutive victory in the series.

Warne’s criticism stems from the fact that despite being 2-0 up in the summer, Cook continued to use defensive tactics against the Aussies rather than attack their opponents in the final few Tests.

Cook’s is currently Down Under preparing with his side for this winter’s Ashes and will be looking for a big few months following his inconsistent form in the summer.

The Essex opener starred last time the series was in Australia and generally has a superb record on the firmer wickets in the Southern Hemisphere.

However, Warne believes the 28-year-old’s defensive style could be his side’s weakness in the upcoming series, suggesting that Pietersen, who previously guided the team in three Tests or Swann who has led the team in T20 matches would be better options.

“People wanted to know why England were not attacking when they were 2-0 up,” he wrote in his Daily Telegraph column.”England’s default position is to be defensive, because that is the nature of the captain, Alastair Cook.”

He added: “That may sound like an unbelievable thing to say after all the controversy of last year, but I think KP has the best cricket brain in the team. Graeme Swann is good too, as we have seen from his Twenty20 captaincy of England.”