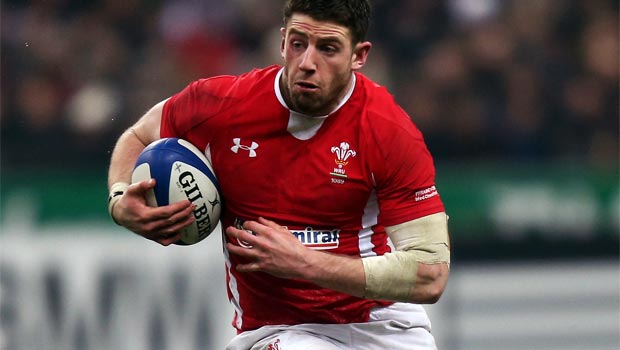 Wales have been handed a massive boost ahead of Saturday’s autumn international showdown against Australia with Alex Cuthbert recovering from injury in time to feature.

The 23-year-old, who has scored nine tries in 18 Tests for Wales and claimed winning touchdowns in Six Nations title-clinching victories over France and England, suffered a hairline fracture of his ankle less than six weeks ago.

And, after it was initially feared that Cuthbert had no chance of playing in any of the autumn games, he is set to boost Warren Gatland’s side as they bid for a first win against a top southern hemisphere side since 2008.

The British and Irish Lions star, who was one of 11 Welshman in the squad for the 2-1 Test series win in Australia in the summer is now looking forward to trying to help his country defeat the Wallabies for the first time in five years.

Cuthbert said: “The adrenalin and playing in that stadium is all I have been thinking about – getting back out there with the guys, playing against one of the best teams in the world on that pitch and putting in a performance for myself, the fans and my family.”

He added: “I took a lot of experience from the summer and grew up as a guy as well.

“It’s the norm playing Australia now. We have played each other enough times, and we know what we have to do. It will be a big battle and a big game.”

Cuthbert is one of five changes made by Gatland from the side which lost 24-15 against South Africa earlier in the month for the game at the Millennium Stadium. Centre Owen Williams, fly-half Dan Biggar, prop Rhodri Jones and lock Ian Evans will also come into the starting XV.