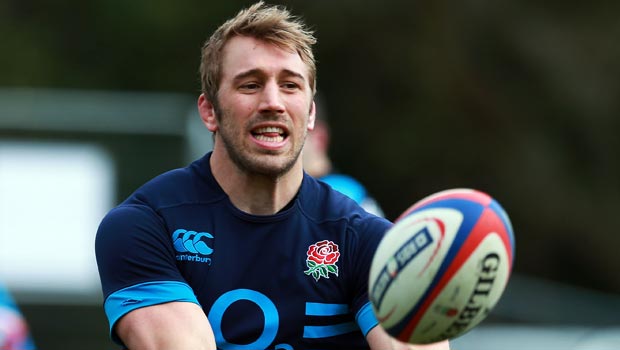 Chris Robshaw will remain as England captain for next month’s autumn internationals, while Semesa Rokoduguni and George Kruis have been called into the squad.

There had been suggestions that Robshaw could lose the captaincy as his place in the side has been put under pressure, but head coach Stuart Lancaster is prepared to keep the faith.

“Chris Robshaw continues to lead from the front,” Lancaster said.

“With other players now stepping up into captaincy and senior roles at their clubs, we are building a team of leaders who can take England forward.”

Meanwhile, Rokoduguni and Kruis are included in the 33-man squad for the QBE Series against New Zealand, South Africa, Samoa and Australia.

Rokoduguni has been promoted at the expense of Chris Ashton and there is also no place for Danny Cipriani.

Jonathan Joseph has also been named as a replacement for Manu Tuilagi, who has been ruled out for at least a month with a groin problem.

“We have included Jonathan Joseph as an injury replacement for Manu,”
Lancaster said.

“It’s obviously disappointing to lose Manu but Jonathan has been in great form and deserves this chance.

“Our medics will continue to work closely with Leicester’s and ensure that Manu is supported in his rehabilitation from his injury.”

Lancaster also defended the omission of Cipriani from his squad.

“If you look at the objective stats, the player with the best skills execution is Stephen Myler and think he deserves his chance. Owen
(Farrell) hasn’t played as much but his inclusion is merited on what he has done for us in the past,” he said.