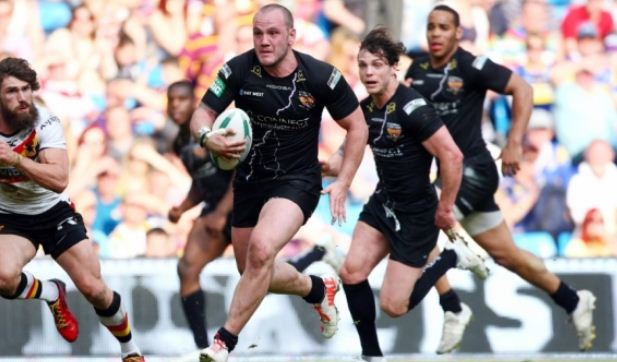 Bradford Bulls have signed Dale Ferguson from Huddersfield Giants on a two-year contract.

The Bulls have been languishing in the lower half of the Super League table for the past few seasons, having once been very much the dominant force, and chairman Omar Khan is laying the cornerstone for what he hopes will be a lasting legacy.

The signing of the 25-year-old Scotland international, an instant replacement for the outgoing Elliot Whitehead, is another signal of intent following the arrival of Warrington Wolves’ England prop Garreth Carvell.

Ferguson is out of contract at Huddersfield, for whom he has figured in the last 15 matches, having begun the season on loan at Hull KR. He showed his new employers just what they are getting with a brace of tries against them at the Magic Weekend in May.

Bulls coach Francis Cummins said: “After the developments with Elliott, I needed a back-rower and Dale was the man I wanted.

“He tends to go under the radar but he’s consistent and has strike power as well, as he showed against us at the Magic Weekend.

“It’s really pleasing that he’s chosen us over other clubs, especially ones he is familiar with. He’s heard about what is going on here and wants to be part of it.”

Bradford chairman Khan added: “Dale is an exciting signing for us.

“We faced opposition from several clubs for his signature but he was impressed with what Francis outlined to him and chose to come here.”

Khan has been busy with off-pitch deals as well, having just persuaded former Bulls legend Robbie Hunter-Paul to return in the role of business development manager.