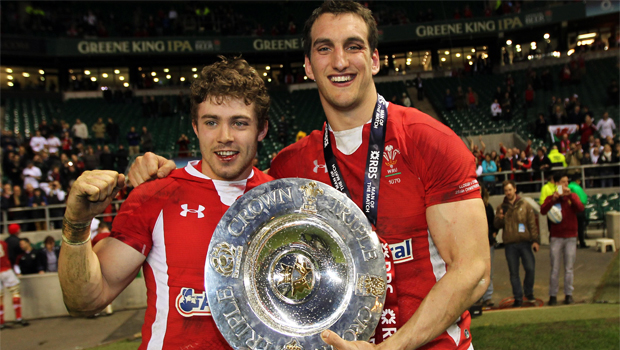 Cardiff Blues officials are locked in contract talks with Sam Warburton and Leigh Halfpenny, with a view to securing their futures.

The Wales and British and Irish Lions pair are due to fall out of contract at the Blues at the end of the 2013/14 season and Cardiff are keen to tie them down to new deals.

The Welsh outfit were disappointed to lose Wales and Lions centre Jamie Roberts in the summer when he opted to join Racing Metro 92 in France, and they are keen to avoid a similar situation with Warburton and Halfpenny.

Blues chairman Peter Thomas has said talks are ‘progressing well’ and says everything is being done to keep the duo in Wales.

Thomas has also compared both players to “iconic” New Zealand players Richie McCaw and Dan Carter, and says it is crucial for Welsh rugby to keep hold of them.

“I think it has been said if you look at New Zealand, there are two iconic players – Richie McCaw and Dan Carter,” said Thomas.

“We are very fortunate in Wales that we have two iconic players in Sam Warburton, captain of the Lions and of Wales, and Leigh Halfpenny, player of the Lions tour, who both happen to be Blues players.

“I know our governing body, the Welsh Rugby Union, working in conjunction with us at Cardiff Blues, will do everything to retain them in Wales.”