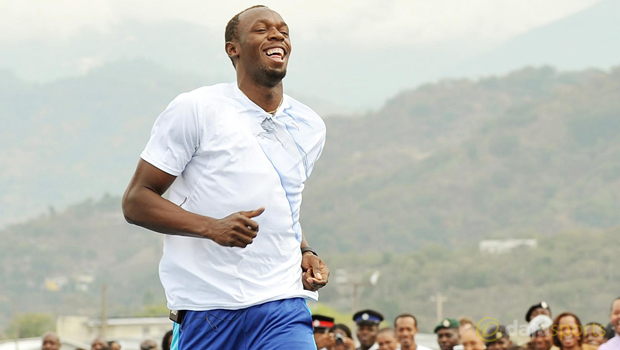 Usain Bolt secured the ninth Olympic gold medal of his career as he anchored Jamaica to glory in the men’s 4x100m final in Rio on Friday.

The 29-year-old had to overcome a deficit during the final leg of the race, but he kept his cool to eventually secure glory in comfortable fashion, alongside team-mates Asafa Powell, Yohan Blake and Nickel Ashmeade.

The sprint great has now become the first track athlete to claim an historic ‘triple triple’ of Olympic successes, as he has won gold in the 100m, 200m and the 4x100m relay at each of the last three Olympics.

The relay success also brought an end to Bolt’s Olympic career as he had already confirmed that he will retire from the sport after next year’s World Championships, and he admits that he feels immensely proud by what he has achieved at the Games.

“I’m just happy to have done what I came here to do,” Bolt said “I’m just proud of myself.

I have to give thanks to the guys, they really came through for me and I’m really happy about that.

“The pressure is real, but I look at it as an accomplishment. I enjoy pressure and I live for these moments.

For me, it’s beautiful.” Bolt’s Jamaican team-mate Blake was quick to heap praise on his compatriot, and he has urged the sprint king to reverse his decision to retire next year, and instead compete at the Tokyo Games in four years’ time.

“We wanted to win to make Usain immortal and he is immortal,” Blake added. “I’ve told him he should come back for 2020!”