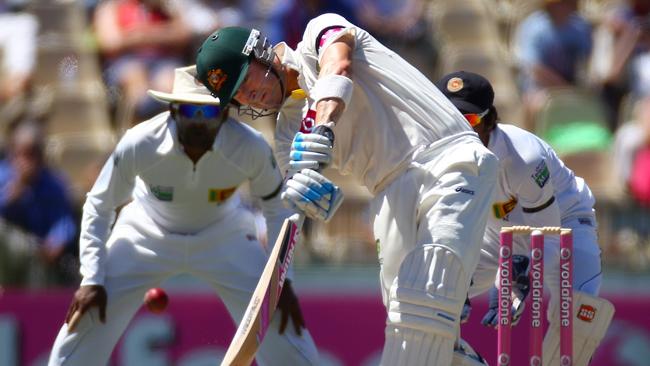 Clint McKay says Australia will have to find a way to deal with skipper Michael Clarke’s absence.

Clint McKay says Australia will have to find a way to deal with skipper Michael Clarke’s absence if he is ruled out of his side’s ICC Champions Trophy opener against England.

Clarke is currently in London receiving treatment on his troublesome back injury and is a doubt for Saturday’s clash at Edgbaston, although the camp remain confident that he will be fit to take the field in Birmingham.

In contrast, England are likely to go into the game at full strength and, despite suffering a 2-1 ODI series defeat against New Zealand, they go into the game with renewed confidence having beaten the Kiwis in their final match on Wednesday.

Clarke has been the fulcrum of the Australian side for some time and his importance was only further highlighted on Tuesday as, without him, his men could only score 65 in a warm-up match against India.

However, if they are to even make it through to knockout stages from a group that also includes Sri Lanka and the aforementioned New Zealand, they are going to need to find a way to adapt if the talismanic skipper is unavailable.

McKay admits that losing their captain would be a blow huge to the rest of the Australia squad but says they must not get too upset about the situation and should instead concentrate on finding different ways to win cricket games.

“You move on. Yeah he’s our captain and he’s the best batter that we’ve got,” he told AAP. “But that’s life. If he’s not right to play we need to move on and find a way to win without him.”