Posted by Vincent Henderson on December 18, 2016 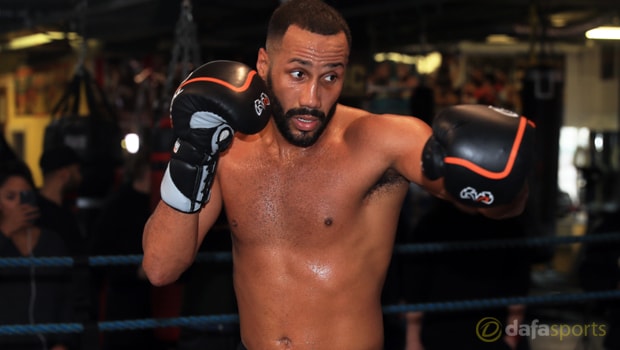 James DeGale believes 2017 could be the “perfect year” for him with a number of huge fights potentially on the table.

The London fighter is set to defend his IBF super-middleweight crown against Badou Jack on January 15 in a unification fight which also sees the Swede’s WBC belt on the line.

A win for ‘Chunky’ would see him then meet fellow Brit Callum Smith, who is the mandatory challenger for Jack’s strap.

If the fight does go ahead, De Gale believes he will have no issues dispatching his friend, especially having beaten a number of his rival’s most recent opponents.

DeGale told Sky Sports: “The bookies have got it even, 50:50. Can you believe that? The casuals think he knocks me out.

That’s why I want the fight. We can stick friendship aside. “He got confidence from knocking out Mohoumadi, someone I boxed five years ago when I won my European title.

It’s crazy, madness.” Despite already having two big fights on the cards, DeGale is also looking even further ahead to a possible rematch with George Groves.

The 30-year-old’s only previous defeat in the professional ranks came to Groves in 2011 and he has never hid his frustration at the result.

If all goes to plan, he may get the chance at revenge and says winning all three bouts would be make 2017 extra special.

He added: “It is possibly a massive year for me. It should be a perfect year. Me against Jack, Callum Smith and Groves. Imagine that!”