Eagles’ Malik Jackson out for the rest of the season 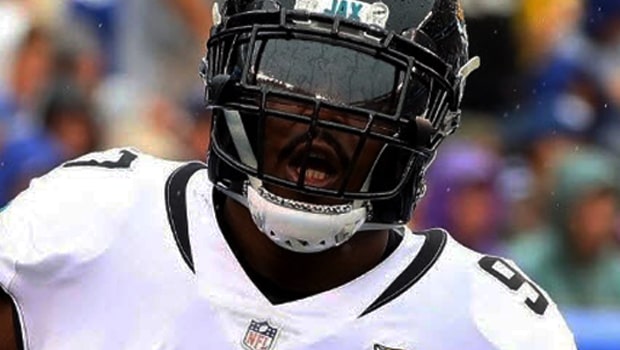 Philadelphia Eagles have been handed brutal news and blow after defensive tackle Malik Jackson will be out for the rest of the season. That is due to a foot injury which he suffered during Sunday’s National Football League game against the Washington Redskins.

Jackson had suffered a “Lisfranc Injury” in the fourth quarter of the game needing a walking boot after the game and will thus undergo surgery next week according to Mike Garafolo, NFL Network reporter.

Despite a seeming depth in the defensive line of the Eagles, the injury of the 29-year old bought in an offseason deal worth $30 million in March, is a big setback which the team’s head coach Doug Pederson termed “significant’ on Monday.

Jackson had 32.5 sacks in his last eight seasons in the NFL, and he was selected by Denver Broncos in 2012 draft in the fifth round before playing for three seasons with the Jacksonville Jaguars

The loss of Jackson to injury is a significant problem for the Philadelphia Eagles. The Eagles were relying on Jackson to be a running mate along with Fletcher Cox, which would free up the All-Pro from the constant double teams. On Sunday, when the Eagles played against the Redskins, Jackson showed some flashes of the ability to be dominant while playing alongside Cox.

Despite the loss of Malik, the Eagles call upon the services of Hassan Ridgeway who is on the roster as well. Bruce Hector, who is on the practice squad, can also deputize for Malik Jackson. The Eagles could also decide to give Chris Long a chance as well as seasoned free agents like Muhammad Wilkerson or Anthony Rush from the Raiders practice squad.

The Eagles will now continue to navigate the season without the 29-year old especially starting from the next game against the Falcons in Atlanta, just when it seemed the team is starting to enjoy a good form coming from a 17-0 deficit against the Redskins.

The 29-year-old defensive tackle will be hoping to begin his road to recovery and get back on track.

Atlanta Falcons are available are 2.03 to beat Philadelphia Eagles, while the Eagles are fancied at 1.79