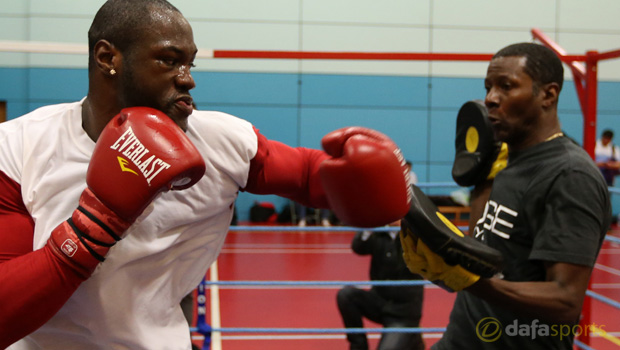 WBC world heavyweight champion Deontay Wilder insists he wants to fight both Tyson Fury and Anthony Joshua in the near future after his win over Chris Arreola on Saturday night.

Wilder proved too much for his fellow American who was eventually pulled out by his corner at the start of the ninth round.

He reportedly had a broken right hand and pulled muscle before the fight but the still managed to maintain his unbeaten record after 37 fights.

The ‘Bronze Bomber’ has continued to be linked with fights against Fury and Joshua and he admitted after his fight in Alabama that the duo are now top of his list.

He told Sky Sports: “I wanted to give you guys a knockout but I broke my hand and tore my muscle in my right hand.

Chris is a tough man so I had to fight like a champion does and display my great jab all night.

“I floated like a butterfly and stung like a bee with my left all night. I’m sorry.

“My goal is to unify the division. I’m one of the baddest, hardest-hitting heavyweights in the business and I’m right here from Alabama, baby.

The question is do they want me?” Joshua is thought to be considering a fight with former world champion Bermane Stiverne, while Fury is set to face Wladimir Klitschko in October.