Posted by Vincent Henderson on December 1, 2015 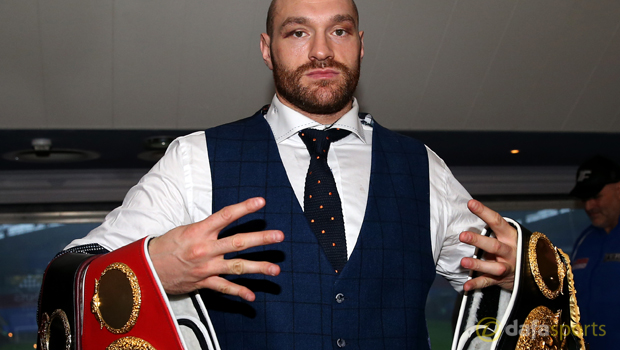 Fury defeated Wladimir Klitschko on points on Saturday to secure the WBO, WBA and IBF titles.

The unbeaten Briton’s next fight is likely to be a rematch with Klitschko, but Wilder hopes he will get a chance to face Fury at some point in 2016.

“I want that fight to happen as soon as possible,” Wilder told the BBC. “I’ve got to fight someone in January and after that fight I would love to have a unification bout – and guess what, I wouldn’t mind coming to the UK for that one.

“No matter where it might be, I want to be the undisputed champion of the world.”

He added: “We haven’t had an undisputed champion in I can’t remember how long (Lennox Lewis in 1999) – and I want to be the first name to bring the belts back together and heavyweight boxing back to its full potential.”

Wilder, who is unbeaten in 35 fights with 34 knockouts, is set to defend his WBC strap on January 16 against an unconfirmed opponent.

Fury has already ruled out a showdown with David Haye but that fight could still happen if the Londoner becomes a mandatory challenger, while an all-British contest would probably be the most lucrative option for the WBA, WBO and IBF champion.

Anthony Joshua could also be an option for Fury although that clash is unlikely to happen in 2016, as Fury’s probable rematch with Klitschko is not expected to take place until at least May.