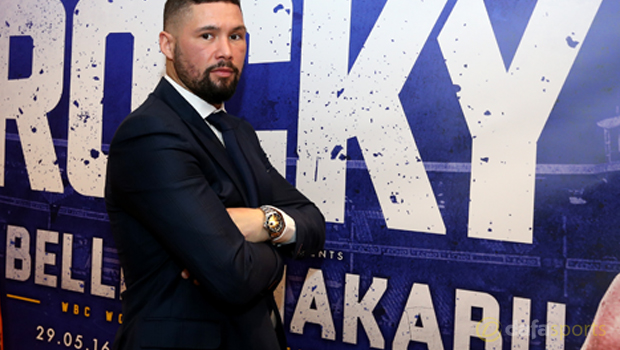 WBC cruiserweight challenger Tony Bellew insists he is not feeling any added pressure ahead of Sunday’s meeting with champion Ilunga Makabu at Goodison Park.

Makabu will provide a tough obstacle for Bellew as he looks to win his first world title despite being handed the chance to fight in familiar surroundings.

The champion has lost just once in his career, on his professional debut, having won 18-in-a-row since then to reach the top of the cruiserweight division.

However, Bellew has been enjoying his boxing again since dropping down to cruiserweight in 2014, winning six matches on the bounce.

The 33-year-old opted to change division after tasting defeat to Adonis Stevenson in 2013 when fighting for the WBC heavyweight title.

The Merseysider, who has made no secret of his love for Everton Football Club, has been handed his second world title shot at the home of his beloved team.

‘The Bomber’ insists that fighting at Goodison Park does not put any extra pressure on his shoulders on what is already a huge night in his career.

Bellew said: “No pressure at all. All the pressure went the minute I knew it was going to happen here because it’s like I’ve achieved my dream.

I’ve won, I’m fighting at Goodison Park, what kind of pressure is there?

“The icing on cake will be winning the world title. We’ve got no work Monday morning so let’s jam this place full, Sunday afternoon into Sunday night.

I’ll give you a party you’re never going to forget.”