Posted by Vincent Henderson on March 5, 2017 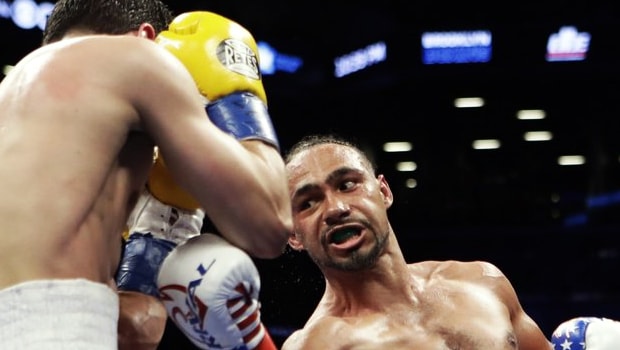 WBA welterweight champion Keith Thurman proved his class as he beat Danny Garcia by a split decision to claim the WBC title in their unification clash on Saturday.

Both fighters went into the ring with undefeated records as they looked to become the king of the welterweight division.

Saturday’s clash was only the third time in history that two unbeaten fighters fought to unify the division, with the last such fight coming in 1999.

The latter started to slow down after the ninth round but although one judge did have him up after the 12th round, Garcia left his charge too late.

“Ain’t no robberies happening tonight,” he said. “I thought I outboxed him. I thought it was a clear victory. You heard the scorecards.

I knew it had to go to me. This is your boy Keith ‘One Time’ Thurman and still champion of the world. One time became ‘Two Time’ baby.

“There was some tough rounds, but at the end of the day I knew I did what I had to do to win.”

Saturday night’s win at the Barclays Centre now moves Thurman to 7-0 in world title fights and he could now be set for another big fight.

The winner of Kell Brook vs Errol Spence Jr could be next, while a clash with Manny Pacquiao is a possibility as he has yet to announce a date for his meeting with Amir Khan.