Boxing: James DeGale out to make a statement 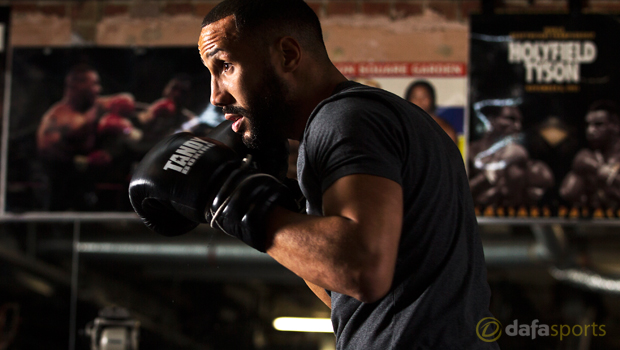 IBF super-middleweight champion James DeGale is hoping to make a statement on Saturday night against Rogelio Medina as he tries to set up a unification fight with Badou Jack.

The 2008 Olympic Gold medallist will defend his IBF title for the second time when he takes on Medina in Washington.

DeGale won the title last year from Andre Dirrell, before defeating Lucian Bute, who will take on Jack on the same card on Saturday.

The Brit has already confirmed that he will take on Callum Smith after he has beaten Jack, but knows he must overcome Medina this weekend. Both fighters made weight on Friday but DeGale has already started dreaming of a unification bout in London.

He believes he has the ability to continue his winning run in the pro ranks and is determined to blast his way through Medina as he tries to send a message to Jack.

“I think he has got the harder fight against Bute, against me he brought something extra, but if we both come through and both look good then hopefully in September we can fight.

“Porky Medina has got a good dig on him, good power, but he is limited. He’s tough, durable, he comes forward and loves to fight, a typical Mexican.

“Styles make fights and I think he is made for me, I think I should look good on Saturday night. My last two fights have gone the distance, I can’t see this going the distance, I really can’t.