Posted by Vincent Henderson on February 17, 2021 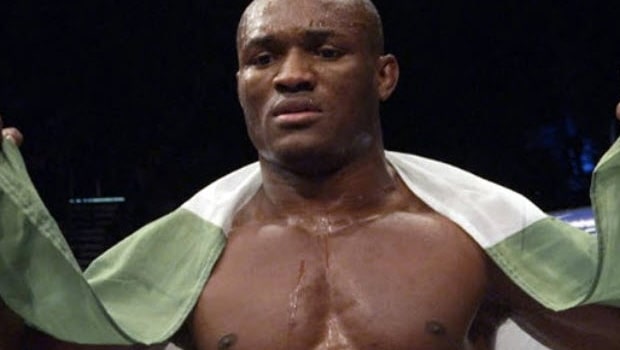 Kamaru Usman cemented his spot at the top of the welterweight division by beating top contender, friend and former training partner Gilbert Burns at UFC 258. Usman was stunned early by Burns, who come out throwing bombs but he recovered in the second round to turn the tables on and eventually claimed a third-round TKO at the UFC Apex in Las Vegas last Saturday.

Usman has his 13 UFC fights and he surpassed Georges St-Pierre for the longest winning streak at welterweight. Burns, his rival, is a former teammate of Usman at Florida gym Sanford MMA. “The Nigerian Nightmare” left to join Elevation Fight Team in Colorado. After the fight, the two competitors shared an embrace in the middle of the octagon. Burns was in tears and Usman appeared to fight off emotions of his own.

“This one was a tough one. It was a very, very tough one, because of the whole gym situation (and) me leaving,” Usman said after successfully defending his UFC welterweight title for the third time.

“But I’ve said it, man, I’m the varsity guy. My fight IQ is different. It’s different when you’re in the gym with me. But when you get in here, it’s different ball game. From start to finish, I’m a whole other savage, and he saw that tonight.

So, from start to finish there was no friends in there, no friends at all. I had to go in there and do what I had to do, and that’s go in and win this title. I am the best on the planet for a reason (and) I’m here to stay.”

Burns’ six-fight winning streak came to an end while Usman extended his winning run to 17 consecutive fights, improving his mixed martial arts career record to 18-1. After the fight, Usman called for a rematch with Jorge Masvidal, who he beat at UFC 251 on July 11 by unanimous decision, adding: “He keeps running his mouth. If he’s going to talk, step in here and see me.”