Luke Rockhold vows to move up

Posted by Vincent Henderson on September 18, 2017 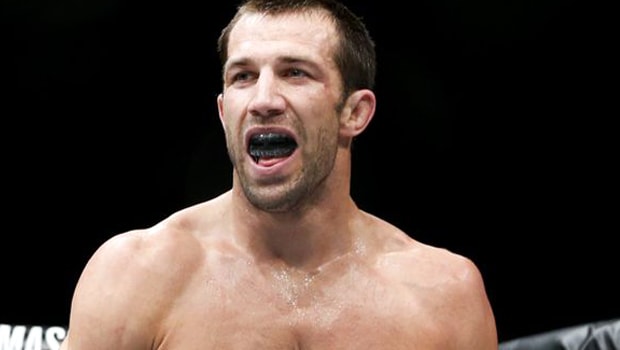 Middleweight Luke Rockhold insists he is definitely going to move up to the light heavyweight division when Daniel Cormier decides to retire.

Rockhold returned to winning ways over the weekend at UFC 116 with a round-two victory over compatriot David Branch in Pittsburgh.

The 32-year-old is looking to rebuild his career after losing his middleweight title to Michael Bisping in June courtesy of a first-round knockout.

Rockhold has admitted he is eventually ready to step up to the light heavyweight division, which he feels would be a more natural weight.

However, Cormier is currently the light heavyweight champion, having been reinstated following his loss to Jon Jones, which was overturned after he failed a drug test and Rockhold insists he won’t make the move up until the 38-year-old decides to retire.

Rockhold said: “Maybe D.C. [Daniel Cormier] will find retirement soon, I’ll have to move up and take on the next division.

“I’d love to go to light heavyweight. I’d do really well. In the gym, it’s more natural for me.

I think I could do things. But ‘DC’ is obviously the man in the division right now. I’m not going up until he gets out.

If he goes up or he retires, you can damn well guarantee I’m coming up.”

Rockhold is now plotting his next step in the middleweight division and a meeting with Yoel Romero could be on the cards as Bisping and Georges St-Pierre wait until later this year for their title clash.