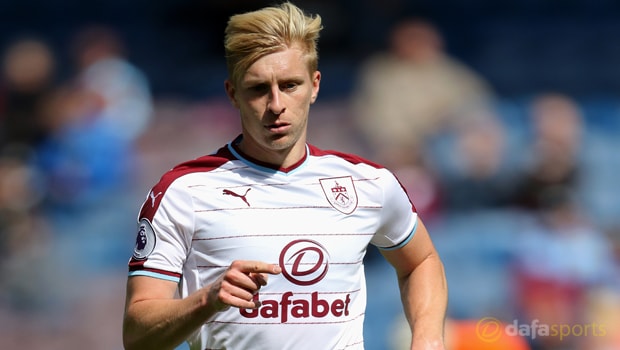 Defender Ben Mee has talked up Burnley’s away form this season after they claimed a hard-fought draw against Liverpool at Anfield on Saturday.

The Clarets, who are priced at 3.00 to be relegated, found life hard on the road in 2016-17 and only picked up one win away from Turf Moor, which came against Crystal Palace in April 2017.

Burnley’s home form was strong enough to keep them in the division at the end of last term but Sean Dyche has stressed the importance of improving on their travels this season.

The Lancashire outfit appear to have taken Dyche’s comments on board and they have already beaten Chelsea and drawn with Tottenham and Liverpool on the road since the start of the current campaign.

Mee was handed the captain’s armband for Saturday’s trip to Anfield in the absence of Tom Heaton and he has revealed his pride at leading the team to a valuable point.

“It was fantastic to lead the boys out at Anfield and get a point.

I’m sure Tom will have been watching and he’ll have been really pleased for us,” Mee told Burnley’s official website.

“I was really proud of everyone. It was a really resolute performance. We dug in and worked hard for each other.

“Last year we were frustrated all year away from home and this year we have started unbeaten with three big teams and three big places to go.

“You are going to have to defend for your lives and put in a shift at places like this, but we do that really well.

“It’s been a good start away from home and we want to carry it on.

We will definitely take confidence from the away games we’ve had and hopefully we carry it on – and win our home games as well, while we’re at it.”