Posted by Vincent Henderson on November 12, 2017 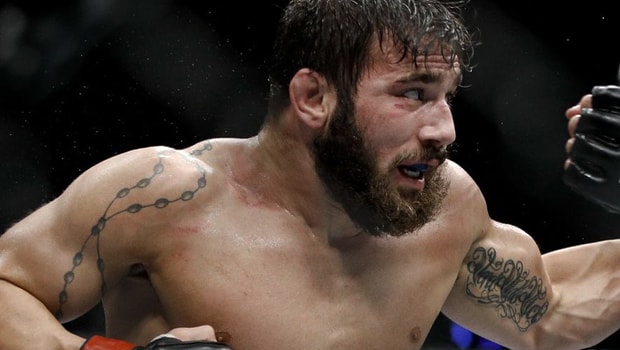 Jimmie Rivera says he is becoming frustrated with UFC bantamweight champion T.J. Dillashaw and the amount of time it is taking to organise a fight between the pair.

Rivera’s future is currently up in the air after his scheduled UFC 219 bout with Dominick Cruz, who was the final bantamweight titleholder of World Extreme Cagefighting, was called off when the latter suffered an injury.

The 28-year-old from New Jersey, whose record stands at 21-1-0, is now searching for a new opponent and he has set his sights on challenging bantamweight champion Dillashaw. However, a fight appears to be a long way from happening with T.J.

Dillashaw would have to move down to 125 pounds and, with the fight being discussed since earlier this year, the feeling an agreement will be made sooner rather than later.

Rivera, who has been a professional fighter for a decade now, says the frustration levels are increasing with every day and insists he is the obvious next candidate to challenge the bantamweight champion.

“I honestly don’t know what will happen,” he told MMAjunkie.

“It comes down to money. Are they going to give him the money he wants? I don’t really care about the money and all that. I just want to fight for the belt.

“I got into the UFC to fight for the belt, and that’s the main goal. I’m waiting to see what’s going to happen. I want that strap around my waist, and it sucks I have to keep waiting on people for it.”