Posted by chris schweizer on February 2, 2017 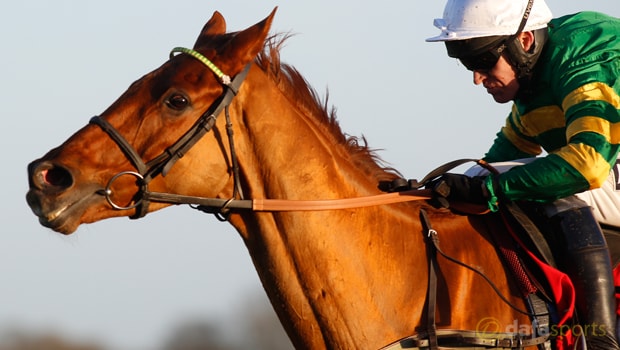 Connections of leading Champion Hurdle contender Yanworth are considering the possibility he may now go straight to Cheltenham next month.

The Alan King-trained six-year-old has not run since taking the Grade One Christmas Hurdle at Kempton on Boxing Day.

He had been expected to line-up in this weekend’s Contenders Hurdle at Sandown but has now been removed from that race following a minor setback.

Owner JP McManus’ racing manager Frank Berry confirmed it was a minor muscle problem that caused Yanworth to be taken out of the Sandown picture and says it is now a real possibility he will not race again before March 14.

“He’s just met with a small problem. He’s tweaked a muscle in behind, it’s nothing serious but he can’t run this weekend,” said Berry.

“Hopefully it won’t take too long to come right and we can get going with him again. “Whether he runs again we’ll just have to play it by ear, he could go straight to Cheltenham.”

Yanworth has established himself this season as the leading British-trained contender for Champion Hurdle glory.

A winner of six of his seven starts over hurdles, he beat The New One in decisive fashion to land the Christmas Hurdle last time out.

His only defeat in that run came when finishing second to Yorkhill in the Neptune Novices’ Hurdle at the Cheltenham Festival last March.

King was said to be considering stepping Yanworth up in trip this season but, with the McManus-owned Unowhatimeanharry dominating the stayers’ division, that plan was shelved.

Reigning champion Annie Power has been ruled out of the Champion Hurdle by her trainer Willie Mullins while 2015 hero Faugheen has yet to race this season.