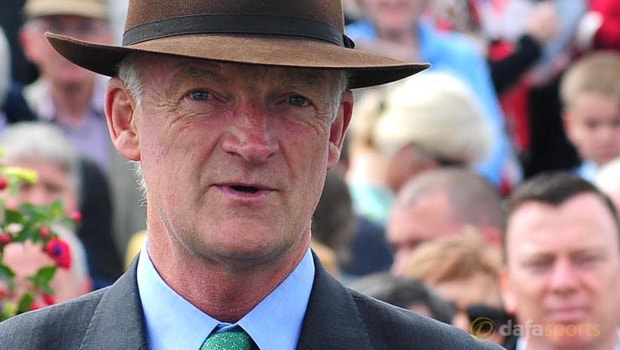 Willie Mullins is positive on Faugheen’s current well-being though he admits it is a case of keeping fingers crossed that he’ll remain sound for a spring campaign.

Faugheen returned from a long layoff with a brilliant display in winning the Morgiana Hurdle at Punchestown in November, appearing seemingly as good as ever.

He was long odds-on to win the Ryanair Hurdle at Leopardstown over Christmas, but was pulled up when well beaten.

Mullins has run a series of tests on the ten-year-old since that unwelcome setback but nothing has come to light.

The Closutton supremo reports his star to be well in himself at home. He says there is little more that can be done about his Christmas flop, other than putting it down to an off day.

“He did a nice little bit [on Thursday] morning and I’m happy with him.

If all goes well between now and then (Irish Champion Hurdle) there’s a good chance he’ll line up there,” Mullins told At The Races.

“He had an off-day and hopefully that will be the only off-day he’s going to have. Hopefully we can get him back to himself.”

Faugheen was the 2015 Champion Hurdle winner at the Cheltenham Festival, but has missed the two subsequent renewals of the two-mile championship contest with niggling injuries.

Prior to last month’s Leopardstown setback, he had been beaten only once in his 14-race career.

Faugheen is 6.00 to regain his Champion Hurdle title at Cheltenham in March, with Buveur D’Air 1.67 to retain the crown he impressively won last March.