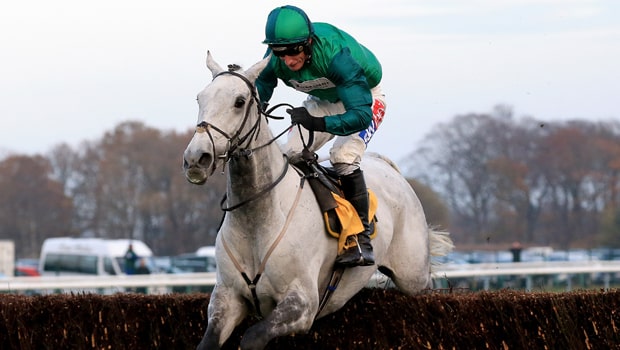 The popular grey, a two-time winner of the Betfair Chase at Haydock, heads the weights on 11st 10lb, on a 5lb lowered rating of 168 after BHA handicapper Martin Greenwood elected to cut him some slack.

Bristol De Mai could join stablemate Blaklion in seeking to give Twiston-Davies his third win in the Aintree marathon, following Earth Summit (1998) and Bindaree (2002).

“No handicapper likes any horse not running off the mark we believe he should be off, but the National is an unusual, unique race and I think there’s room for discretion,” said Greenwood.

“It’s the second-highest mark run off in 20 years, he’s a top-class chaser and if he wins this race it will be an all-time star performance.”

“It’s nice to give the decent horse a chance. It definitely concentrates the mind on the race more than would have been the case otherwise,” said the trainer.

“We’ll talk about it but the main aim is the Gold Cup, then we’ll make a plan.”

Last year’s winner Tiger Roll has been allotted 11st 1lb for this year’s renewal as he bids to become the first back-to-back Grand National winner since Red Rum.

He’s gone up 9lb in the ratings and that will make life “tough”, according to trainer Gordon Elliott. “We look forward to it. Obviously it’s a race we target and want to win,” said Elliott.

“It will be very hard for Tiger Roll. He’s got a lot more weight this year, but we’ll see what happens.”