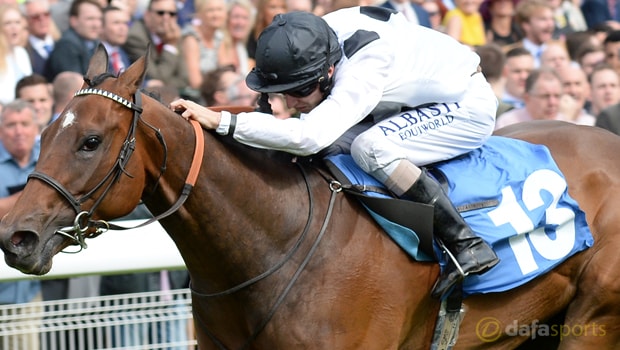 Trainer Sir Mark Prescott says connections are yet to decide Marsha’s future plans after a defeat last time out.

The four-year-old, 8.00 to win the Nunthorpe Stakes in August, was in action last weekend at the Curragh but she was beaten by Caspian Prince in a close race.

Last year’s Prix de l’Abbaye winner started the year in fine form by winning the Palace House Stakes at Newmarket, before she then finished third in the King’s Stand at Royal Ascot.

That run made her the odds on favourite for the Group Two Sapphire Stakes at the Curragh but she couldn’t get the job done.

At the moment, Marsha is entered in the Qatar King George Stakes at Goodwood as well as the Coolmore Nunthorpe at York but Prescott is yet to discuss plans with the owners.

He told Sky Sports: “We were disappointed to be beaten, but she only had 5lb in hand on the ratings.

The race didn’t quite go according to plan and she was beaten a short head, that’s life.

“She’s come out of it fine and I would imagine she’ll go to Goodwood and/or York.”

Prescott is also likely to see Pallasator and St Michel miss out on the Qatar Goodwood Cup.

Speaking about the duo, he said: “St Michel won’t run in the Goodwood Cup and Pallasator probably won’t make it.

“Pallasator was a little bit dull and not himself after his last run.

He’s back in work now, but I would say it’s probably 60-40 against that he’ll run at Goodwood.

“St Michel is heading for the Melbourne Cup and he’ll probably have one run somewhere before he goes.”