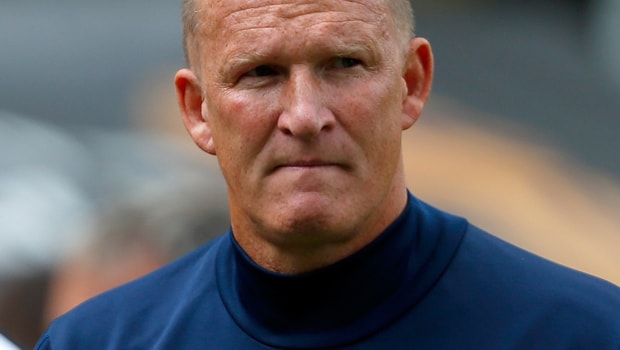 Sunderland manager Simon Grayson is confident the club will bring in new players in the coming days.

The Black Cats, 15.00 to win the Championship title, are still looking to bolster their squad ahead of the new campaign.

Grayson had managed to sign Aiden McGeady and James Vaughan since he left his post as Preston North End boss earlier this summer.

Jordan Pickford, Vito Mannone and Jermain Defoe have already left the club but Grayson has been linked with a number of other new recruits.

Bournemouth duo Marc Wilson and Lewis Grabban have been considered, while Aston Villa’s Ross McCormack is another option.

Speaking about the club’s transfer business, Grayson told the Shields Gazette: “There’s plenty of movement behind the scenes and we want to get one or two deals done very quickly as it is two weeks until the season starts.

Believe me, if you had my phone for a day you’d know what it is all about.

“We’re speaking to players, agents, and clubs, there’s positive signs but it is about getting down to the nitty-gritty and getting deals over the line.”

Sunderland are still considering their options in goal and may move for Dutch goalkeeper Robin Ruitter, with the former FC Utrecht man on trial.

Despite being impressed, Grayson admits the club will not rush their decision.

He added: “I think as a manager I’d rather judge him in training than in a game because he’s made loads of saves, which means he’s been overworked.

But in terms of his play, he was composed with his feet, very calm and made good saves when he had to.”