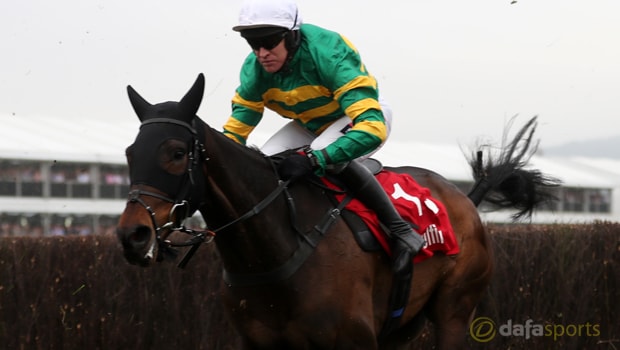 Trainer Anthony Honeyball feels there is every reason to believe Regal Encore can improve on last year’s eighth-place finish in the Grand National.

He feels his charge got too far back in the race a year ago and was left with much to do as One For Arthur won.

The 10-year-old is reportedly in good shape ahead of the April 14 race and Honeyball “wouldn’t swap” him for anything else in the National mix.

This season has already been a decent one for Regal Encore. He was third in the Ladbrokes Trophy at Newbury behind Total Recall in December and, last month, he won a three-mile Listed Chase at Ascot on soft ground.

Richie McLernon was on board for that race and has been booked for Aintree.

“I’m very hopeful he can build on that and it’s nice to be going into it this year firmly on the front foot after his win in a £100,000 race at Ascot,” he said.

“Richie [McLernon] got on well with him that day and I think Regal Encore has a very realistic chance of winning. I certainly wouldn’t swap him. We all believe in him.”

The JP McManus-owned runner has proven he handles the Aintree test and his trainer suggests the key to a better outcome will be racing closer to the early pace.

I believe there’s room for improvement on his performance last year as he got quite well behind in the early stages, and could never really get into it until the race was over,” Honeyball added.

Regal Encore is 34.00 to win the Grand National while Newbury winner Total Recall is the 11.00 favourite.