Top weight for Many Clouds in Grand National repeat mission 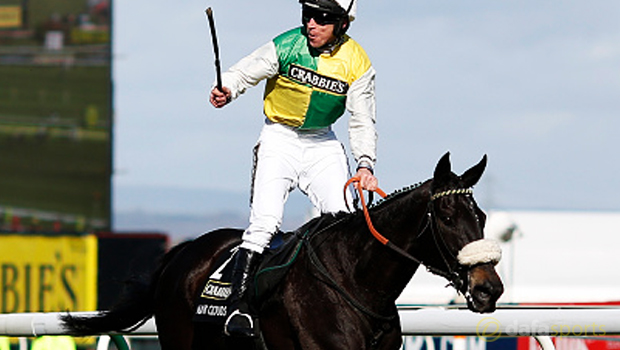 Many Clouds will have to defy top weight in order to become the first horse since Red Rum to retain the Grand National at Aintree.

The weights for the April 9 marathon were released in London on Tuesday and BHA Chief of Handicapping Phil Smith has afforded the Oliver Sherwood trained nine-year-old some leeway.

The Grand National is the only jumps race in the year where Smith is given carte blanche when it comes to the weights and he can deviate from the normal handicap ratings.

Although Many Clouds is now officially rated 6lbs higher than when he won the race last season, Smith has elected to saddle with him with 11st 10lbs – just a one-pound hike from last year.

Of the potential high profile challengers for the Grand National, several are rated just behind Many Clouds.

Don Poli, one of seven possible runners for Ireland’s champion trainer Willie Mullins, is set to carry 11st 9lb if he turns up after his intended run in the Cheltenham Gold Cup – a race Many Clouds used as a stepping stone last year.

Champion trainer Paul Nicholls said the weights would help him decide whether or not to run two-time King George VI Chase winner Silviniaco Conti and he has been awarded 11st 8lbs.

Two former Cheltenham Gold Cup heroes have been given a fair crack of the whip by Smith based on their best form, with Lord Windermere (11st 1lb) and Long Run (10st 8lb) potentially intriguing contenders for Aintree.

Dr Richard Newland’s Pineau De Re, winner of the race in 2014, gets in off 10st 2lbs, four pounds less than he carried to victory two years ago.

John Kiely’s Carlingford Lough has been assigned 11st 7lbs after he advertised his claims with a dour staying performance to win a second Irish Gold Cup in testing conditions at Leopardstown recently.