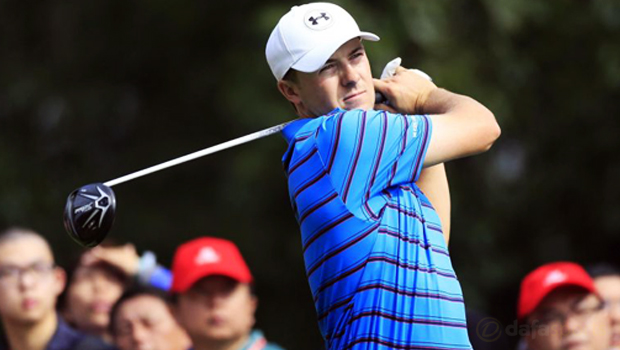 World number one Jordan Spieth is determined to make up for a near miss in the Northern Trust Open at the iconic Riviera Country Club this week.

A year ago, Spieth arrived at the final hole on Sunday believing he needed a birdie to keep in contention for victory with the likes of Dustin Johnson, Paul Casey and James Hahn.

When his approach to the green came up just short, Spieth was a little too aggressive with his chip shot and finished up making bogey when a par would have been enough to get him into a playoff.

As he returns to Riviera this week now a two-time major champion, the 22-year-old vowed not to make the same mistake again.

“Sometimes it’s not birdies to win. Sometimes on harder golf courses, even on a Tour event and it’s a non-major championship, sometimes par is a really good score,” he said.

“Unfortunately it’s rare, but fortunately, it happens here. So it would mean a lot to win this tournament.”

Spieth already has a victory on his CV for 2016, having landed the Hyundai Tournament of Champions in runaway fashion in January.

He finished tied-21st at Pebble Beach last weekend despite some indifferent results from his normally stellar short game.

The likes of Ben Hogan and Arnold Palmer are past-champions at Riviera, a course that lists celebrities such as Humphrey Bogart, Walt Disney and Dean Martin as past members.

Given the history, Spieth says it would mean a lot to add his name in the mix.

“It’s one of the very few with the history that it has, past champions, not only just the champions, but just those who have walked these fairways,” he said.

“And then for me to win on a golf course that I consider one of the top few in the world, I mean, that’s always a goal. Yeah, it would be amazing.”

Spieth is 7.00 to win the Northern Trust Open alongside Rory McIlroy, also 7.00, while Dustin Johnson – beaten in a playoff last year – is 15.00 for the win.