Posted by chris schweizer on December 7, 2018 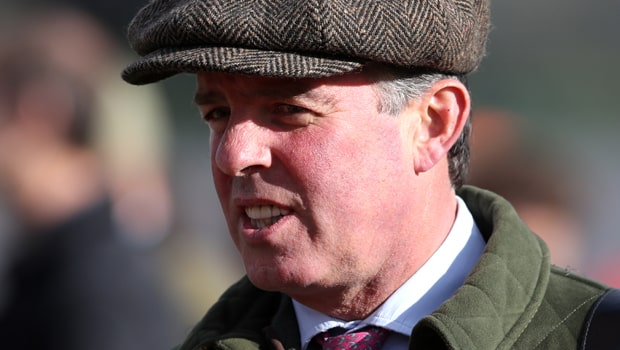 The Tom George-trained Black Op has been touted as one of the potential stars of the novice chasing division this season but his trainer anticipates a stern examination of his credentials on his bow at Exeter.

Last season’s Grade One Mersey Novices’ Hurdle winner goes over fences for the first time on Friday in the Heavitree Brewery PLC Novices’ Chase and a potentially smart field of six opponents has turned up to take him on.

Coral Cup second Topofthegame represents Paul Nicholls while Colin Tizzard sends out the promising White Moon and the Philip Hobbs-trained former Triumph Hurdle winner Defi Du Seuil is also lurking in what appears to be the race of the day.

George is eager to see his promising charge get going for the new season and while he’ll be widely expected to make a winning start, the trainer is taking nothing for granted and won’t be getting downbeat if that isn’t the case, he insists.

“He is in good form and ready to make a start. It looks a very competitive race so we are hoping for a nice run with plenty he can build on,” said George.

“We could come second or third and that could be really good, I just want to see a nice round of jumping.

It is a good track to start him off with nice ground and a little bit of rain. We’re looking forward to running him.”

White Moon was an unlucky faller at Cheltenham last month on his chase bow last month but looks to have plenty potential for better, while Defi Du Seuil must surely improve on his own bow in the Cotswolds recently.

Topofthegame fell in his only start over fences last season but, following a fine campaign over timber, his trainer feels he is now ready to do himself justice.

“Although it’s a hot race, it’s the ideal starting point for him. We cauterised his palate in the summer – it was nothing major – and have just been waiting for the rain to arrive,” said Nicholls.

“We’ve given him a bit more time for schooling but he’s ready to roll now. Whatever he does he’ll improve, but he won’t mind the testing ground as he gets a lot further.”