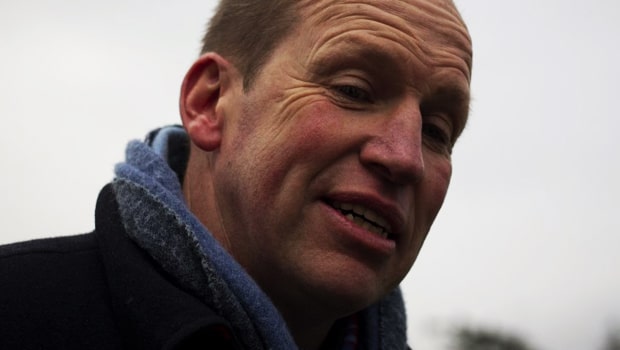 Trainer Terence O’Brien says connections are considering a trip to Aintree for Articulum following
his fine effort in the Arkle Trophy last week.

The nine-year-old finished third in the race on day one of the Cheltenham Festival after a brave battle against eventual winner Duc Des Genievres.

Articulum had opened his account over fences in impressive style at Navan in January, and he handled the step up to Grade One with ease.

Connections are now already turning their attention to the Grand National meeting next month and the Manifesto Novices’ Chase on April 4 is the target.

“He came home 100 per cent, and we were delighted with the way he ran,” said O’Brien.

“Any time you get into the winner’s enclosure in Cheltenham is brilliant for a small yard like ours, and the owners had a great day out.

“I suppose we were fortunate it wasn’t a vintage Arkle. A few horses didn’t make it to the race, and a few fell by the wayside on the day, but you need that bit of luck sometimes.

“He’s come out of the race so well I’m thinking we might go to Aintree with him for the two-and-a-half-mile novice chase. The owners are based in England, and I think the flat track there would suit him.

“The other option is the race in Fairyhouse [Ryanair Gold Cup] on Easter Sunday. But that is only about 10 days before Punchestown, so that’s probably too close. “We’ll see how we go, but he’ll get an entry in Aintree, and we’ll go from there.”

While O’Brien is looking forward to the trip to Aintree, jockey Bryony Frost will be absent after suffering a broken collarbone. She fell from Midnight Bliss and could now miss up to two months of action.