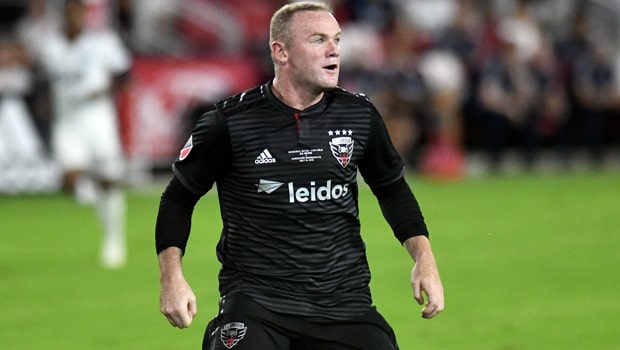 Wayne Rooney admits it is a positive to be living in the United States as Manchester City and Liverpool go toe-to-toe for the Premier League title.

The ex-Manchester United and Everton forward isn’t relishing the thought of either team lifting the trophy come May, but he does admit that – as a boyhood Evertonian – he’ll happily choose City over Jurgen Klopp’s team.

England’s all-time leading goalscorer has revealed he cannot bear the thought that old foes Liverpool might win the title this season. Liverpool are top of the table, with two points more than second-placed City, though the champions do retain a game in hand.

The Anfield side might well be within seven games of ending their 29-year wait for a top tier title, but Rooney is clinging firmly to the hope that Pep Guardiola’s squad can get the job done.

“It’s a great reason to be out the country when those two are going head-to-head for the title,” Rooney, who now plays for Major League Soccer side DC United, told talkSPORT.

“I hope Man City get over the line before Liverpool. I couldn’t bear to see them win it, it would be a nightmare for any Evertonian.” Growing up on Merseyside, Rooney is accustomed to tales of Liverpool success.

He was just 20-years-old when the Reds came back from the dead to win the Champions League final against AC Milan in Istanbul and that memory is enough to make up his mind on what he wants now.

“I remember in 2005 (Liverpool) won the Champions League and they’re still talking about it now so it would be another 10 or 15 years of that [if they become champions],” he added.

Liverpool are 3.20 to win the Premier League, with Man City firm favourites at 1.33.