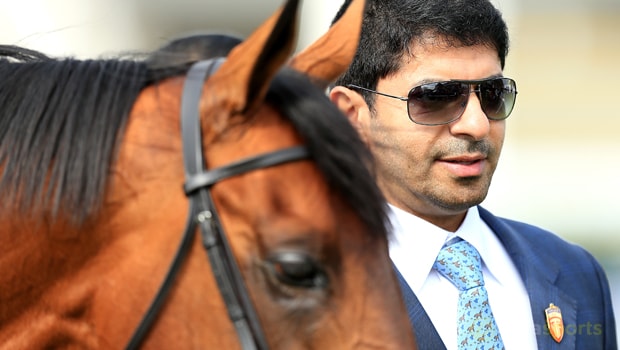 Godolphin’s senior trainer was one of the first to contact Appleby and, having won the Derby with Lammtarra in 1995, he knows just how tough it is to do. “Saturday was a massive achievement by Charlie and I’m very happy for him.

I called him and later met him after the race to congratulate him and he deserves it as he works hard. I was also very happy for Sheikh Mohammed,” said bin Suroor.

“It’s the best mile-and-a-half race in the world and the hardest to win. We’ve tried so many times since [1995] but with no luck.”

Now he’ll look to keep the blue flag flying at Royal Ascot this month where Dubai Turf winner Benbatl is being primed for a tilt at the Group 1 Queen Anne Stakes. He drops in trip but bin Suroor feels he can cope with a mile at Ascot.

“He won the Dubai Turf well in March, since when we’ve given him a break, and he’s come back well in his work lately,” he said.

“He’ll have two more pieces of work and will be ready to go. We’ll face the best horses in Europe as the Queen Anne is a tough race to win.

He’s dropping back in trip from nine furlongs but the stiff mile should be fine for him.”

He also confirmed Christophe Soumillon is likely to deputise, with regular ride Oisin Murphy set to be claimed to ride Lightning Spear for his sponsor Qatar Racing.

Benbatl is 7.00 to win the Queen Anne on June 19, with Lightning Spear trading at 9.00 for trainer David Simcock.