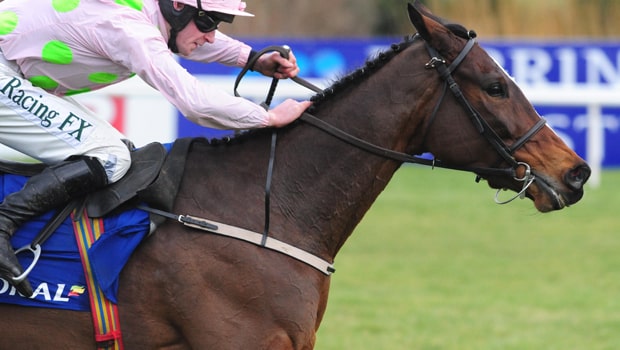 Willie Mullins has hinted that Min will be aimed at the Ryanair Chase at the Cheltenham Festival in March.

The Rich Ricci-owned seven-year-old reappeared on Sunday to win the John Durkan Memorial Chase at Punchestown over two-and-a-half-miles and that intermediate trips seem most likely for him later in the season.

Min was second to Altior in the Queen Mother Champion Chase at Cheltenham back in March, and, while a drop to two miles at Leopardstown over Christmas is likely, re-engaging with Nicky Henderson’s unbeaten jumper later in the season appears much less so.

Altior dispatched Un De Sceaux on his seasonal bow to win the Tingle Creek at Sandown on Saturday and Mullins appears content to try and keep Min out of a rematch with the Seven Barrows superstar.

“I don’t mind going back to two at all [with Min], he pulled very hard in behind there today, and he has the speed for two,” said the Closutton supremo after the John Durkan win.

“He’ll probably go back in trip for Christmas, but we’ll see what we have in his division.

“We have Un De Sceaux there and Great Field so we could try to keep this fellow at a longer trip and try to find races for him.

“It didn’t look like he was stopping, but it was a very slow-run race, I thought, and he was very keen in behind, but I liked the way he jumped even though he was keen.

“I’m not looking to go out to three miles with him, to be honest.”

With three miles also being ruled out, the Ryanair Chase at Cheltenham seems the logical destination for Min. He is 7.00 favourite to win the Festival race.