Posted by chris schweizer on September 30, 2017 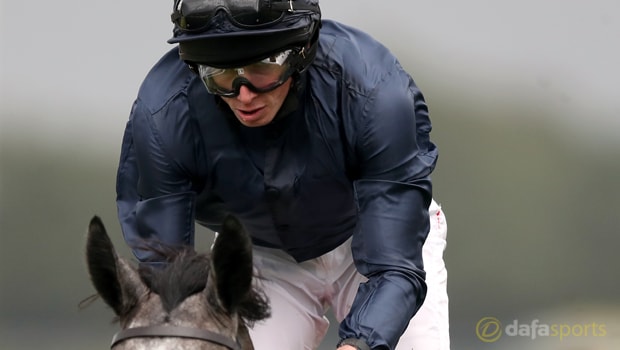 The jockey had a choice of five contenders from Aidan O’Brien’s team for Europe’s premier middle distance contest and he has sided with 1,000 Guineas winner Winter.

The partnership will need to prove their stamina over the Arc’s mile and a half trip, but Moore clearly believes the classy filly is worth the gamble as he passed over St Leger winner Capri, last year’s Arc third Order Of St George, Seventh Heaven and Idaho.

“Winter is a high-class filly who has won four Group 1s and has won on soft,” said the jockey.

“None of us know if she’ll stay a mile and a half until we try.”

O’Brien too admits that he ‘can’t be sure’ Winter will stay the Arc trip but he reports her to be well since finishing second in the Matron Stakes at Leopardstown on Irish Champions weekend in early September.

Her presence in the line-up at Chantilly sets up a thrilling collision with English and Irish Oaks heroine Enable.

John Gosden’s filly has been spell-binding this season and will have Frankie Dettori on board for the Arc.

Both are dual Classic winners this season and their clash will capture the imagination of racing fans. Gosden is happy with his charge going to France.

“The filly is well in herself, she’s a lovely filly and weighing more now than she did at the start of the year, which is a good sign in itself,” said Gosden.

Enable is the 1.80 favourite to win the Prix de l’Arc de Triomphe while Winter can be backed at 9.00.