Royal Ascot could be next for improving Winter 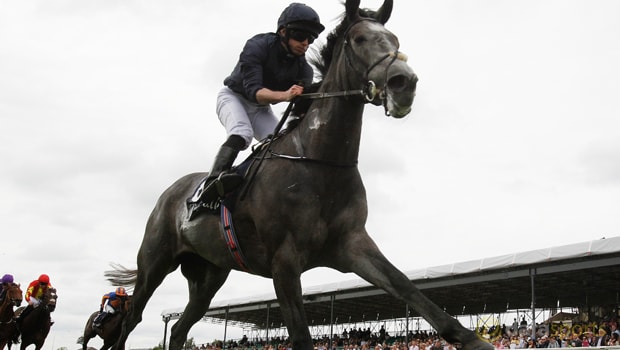 Aidan O’Brien says Royal Ascot and the Coronation Cup is an option for his duel 1,000 Guineas heroine Winter. The filly completed a Newmarket-Curragh Classic double on Sunday with a straightforward success under Ryan Moore.

Winter was arguably much more impressive in seeing off stablemates Roly Poly and Hydrangea at the Curragh on Sunday.

Her trainer, who has swept the boards in four Classics so far in England and Ireland this season after Churchill made light work of his Irish 2,000 Guineas rivals on Saturday, will take stock and consult with Winter’s Coolmore owners before pinpointing a new target.

Royal Ascot in three weeks’ time is on the table for now, says O’Brien.

“If everything went well, you’d be thinking of the Coronation Stakes (at Royal Ascot) with her, because she is a good strong traveller,” he told reporters.

“If everything is well then you have to make your mind up where you go after that. Do you go to Goodwood over a mile and a quarter (Nassau Stakes), or do you go to the Falmouth and those races?

“The lads [owners] will talk about it and see what they want to do. “She’s a big, powerful filly and is very exciting.”

Winning rider Moore was purring over the performance of Winter and he suspects that she isn’t finished improving just yet. “It was very easy.

She gave me a lovely ride and it was very straightforward,” said the jockey. “She travelled and took me into the race without me asking her a thing and I couldn’t be more impressed by her.

“She was relentless and kept building all the way to the line. It rode like a piece of work.

“You’d have to say she’s stepped forward with each of her runs and the way she felt, I can’t see any reason why she won’t carry on progressing.”

O’Brien’s Cliffs Of Moher meanwhile is 5.00 to win the Derby at Epsom on Saturday.