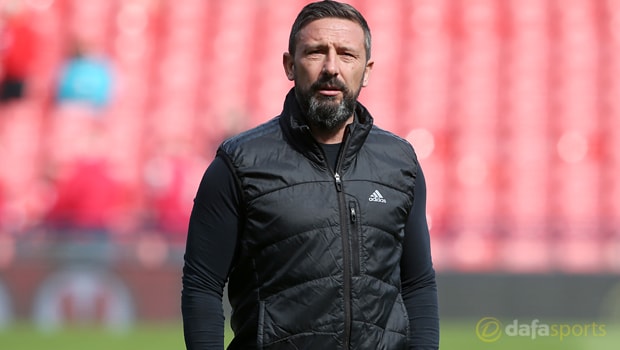 Former Norwich City manager Alex Neil believes Derek McInnes would take the Sunderland job if it was offered to him.

Neil has warned his fell Scot however that taking over at the Stadium of Light will prove a serious examination of his credentials.

McInnes appear to be among the frontrunners to succeed David Moyes as the new Sunderland manager, with the Black Cats set to start interviewing for the role this week.

The 45-year-old has guided Aberdeen to three successive second-placed finishes behind Celtic in Scotland’s top flight and also won the League Cup with the Dons in 2014.

McInnes poured cold water on suggestions he might leave Pittodrie for the Championship this summer but Neil, who left Scottish Premiership outfit Hamilton Accies to manage Norwich in the Championship in 2015, believes his compatriot would in fact take the job if Sunderland offer it.

“I think if Derek gets offered the job he will take it,” Neil told BT Sport. “I think he will look at it as a great opportunity for himself.”

However, Neil insists dealing the fallout of relegation from the Premier League won’t be an enviable task, something he feels is clear in the fact Moyes has quit.

“But it is a difficult job because an experienced manager like David Moyes has chosen to leave,” he said.

“The fact is you can’t move some of these lads on, so you’ve got to try and get the best out of them. “That can prove to be difficult at times.”

Huddersfield are 2.38 to defeat Reading in Monday’s Championship play-off final. The Royals are 3.20 while the draw is 3.20.