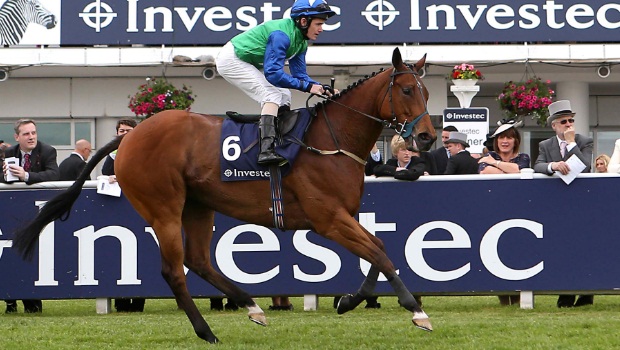 Trainer Ted Powell hopes that patience can be rewarded when he finally sees Ajjaadd line up in Portland Handicap at Doncaster on Saturday.

Powell has tasted success twice already in the annual cavalry charge over five-and-a-half furlongs, having been responsible for dual hero Hello Mister, who was officially trained by Jack O’Donoghue when doubling up in 1994-95.

Since then Powell has been dreaming of landing a third Portland, and with that in mind, acquired Ajjaad from Godolphin four years ago, but it has been a long road to Town Moor for the recent Stewards Cup runner-up, as the Reigate trainer explained.

“I was pleased with his run at Goodwood,” he said. “I bred Hello Mister and trained him, but it ran under Jack’s (O’Donoghue) name.

“It’s taken me three years to get him to the Portland. I had to build his handicap mark up and he was balloted out by one last year so hopefully we can go and win it this year.

“I took him up there in the autumn to try the track and he ran a nice race (fifth to Jack Dexter). You can only hope he can run well on Saturday.”

With Willy Twiston-Davies in action at Bath, fellow apprentice Kevin Stott comes in for the ride.

“The fact is Willy Twiston-Davies would have ridden him but he’s got to go to Bath,” said Powell.

“Kevin Stott was recommended to me. I’ve not met the boy, but he claims 7lb and that could be useful. There are one or two other trainers putting up claimers, so we’ll see.”

Ajjaad is drawn in stall 13 in a race that traditionally favours those drawn in the centre.