Owner Dai Walters confident Whisper can go all the way 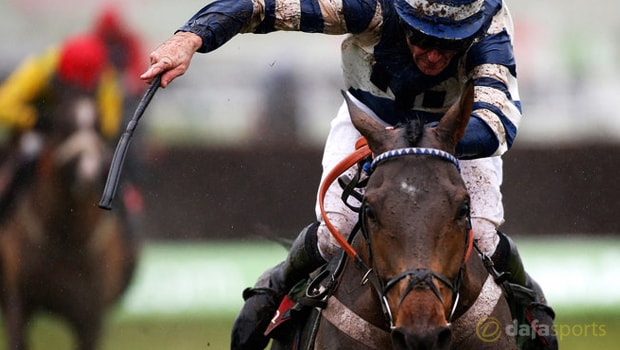 Owner Dai Walters is confident that Whisper can still go all the way as a jumps horse following his fine display at Cheltenham last weekend.

The Nicky Henderson-trained bay gelding has made steady progress since making his debut back in 2012.

Whisper showed his class when he won a Grade One race over hurdles and connections expected him to make a smooth transition over fences.

However, his debut in January 2015 at Exeter did not go to plan as he finished second out of seven horses.

He was then back over fences and only won once at Aintree before coming fifth, eighth and pulling up at Cheltenham.

After a difficult few months, he then responded on his seasonal return on Saturday during the Ryman Novices’ Chase.

Following Saturday’s win, Walters is confident Whisper could win a Gold Cup in the future.

He told reporters: “I think some spring grass did him a lot of good and I was delighted with him. Hopefully he’s on the way back now.

“We said we’d wait a week and see how he is (before deciding on plans), but he won’t be going back over hurdles. He’ll stick to chasing now. He’ll win a Gold Cup yet!”

Whisper could feature in one more race before having a crack at the Cheltenham Gold Cup in 2017, but he will have to get past Thistlecrack who is the 4.00 favourite to win next year.