Orb will try to win Triple Crown of US racing 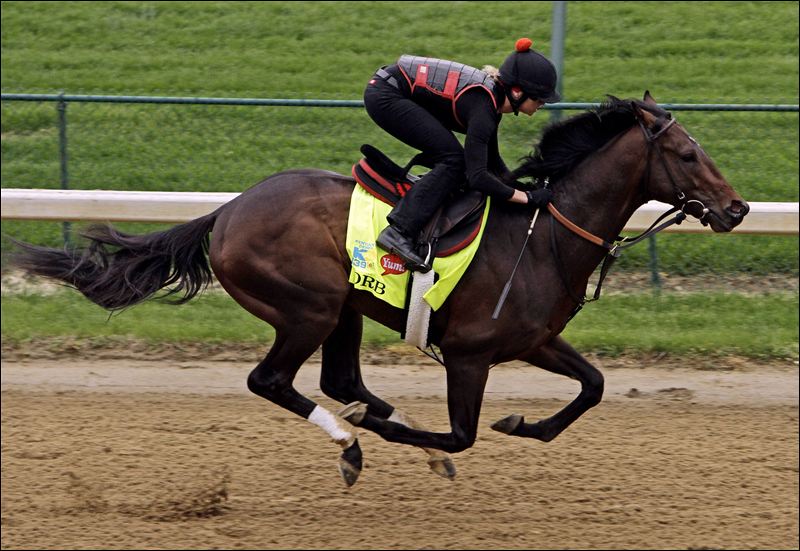 Orb heading to US triple Crown after winning 139th run on Kentucky Derby.

It’s on to the Preakness Stakes for Orb.

After winning the 139th running of the Kentucky Derby on Saturday, Orb will now be pointed towards the second leg of the US triple Crown, according to his handlers.

His connections have already set their sights on trying to complete the Triple Crown after their colt pulled up well from his victory in the first leg.

Shug McGaughey, the Kentucky-based trainer of Orb, wasted no time declaring his intentions to run the three-year-old in the remaining two legs – the Preakness and then the Belmont Stakes.

Speaking to reporters outside the winner’s barn at Churchill Downs on Sunday morning, McGaughey said he was already thinking about the next two races, the Preakness Stakes on May 18 and the Belmont Stakes on June 8.

“I’m looking forward to getting the process going again and seeing what happens and go from there,” McGaughey said. “I said last week that I wished it had happened to me earlier so I didn’t have to worry about it anymore, but I’m not sure I believe that now.

McGaughey said Orb was being flown to New York on Sunday and would remain there before being moved to Baltimore next week to finish off his preparations for the Preakness.

It has been 35 years since a horse last completed the Triple Crown. That was Affirmed in 1978 and the wait for another horse to win the three races has been agonizing.

Last year, I’ll Have Another won the Kentucky Derby and the Preakness to renew hopes, but was scratched on the eve of the Belmont and never raced again.