Posted by chris schweizer on October 6, 2013 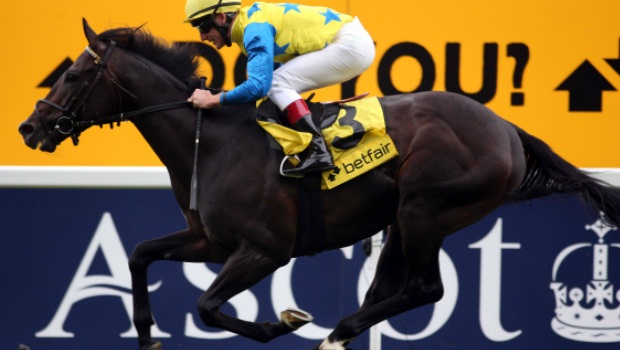 King George VI and Queen Elizabeth Stakes winner Novellist has been ruled out of Prix de l’Arc de Triomphe after running a temperature.

The four-year-old stormed to glory at Ascot and his victory last time out at Baden-Baden had seen him installed as one of the favourites to take the honours at Longchamp, a triumph that would have extended his unbeaten run to six races.

However, when preparing his stable’s star for the journey to Paris,  his trainer Andreas Wohler realised he wasn’t well and says he had no option but to withdraw him from Europe’s biggest middle distance race.

“He had a temperature this morning and it has developed even more, so there is no way we can let him travel to Paris,” he said. “It’s unbelievable and very disappointing, but he has given us some great moments this year.”

It’s been an extremely impressive campaign for the Christoph Berglar-owned horse and despite his illness, it may not be his last appearance of 2013, with Wohler hinting he may enter his charge into November’s Japan Cup.

“He will get an entry in the Japan Cup, but it is much to early to think about that now,” added the trainer.

The injury to Novellist casts Sunday’s race even further open, and it is sure to be a cracker with last year’s runner-up Orfevre currently favourite and a victory for him would see him become the first Far Eastern horse to win the event.

However, it won’t be easy for the five-year-old, with the likes of Treve, Kizuna and Investec Derby winner Ruler Of The World also looking likely to be major contenders at Longchamp.