No Oaks outing for Talaayeb 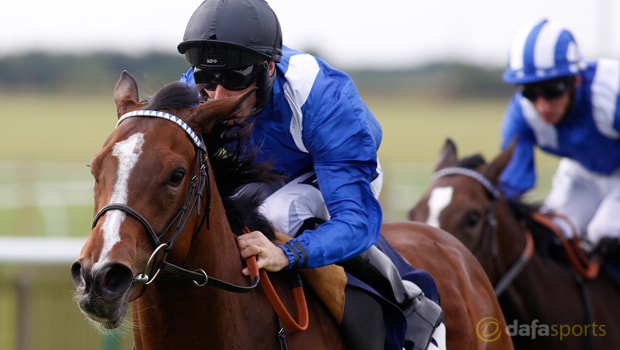 Trainer Owen Burrows says Talaayeb will not contest next month’s Investec Oaks at Epsom despite impressing in the 1000 Guineas on Sunday.

The three-year-old came in fourth at Newmarket in the first fillies’ Classic of the season and had been expected to head to Epsom, but Burrows says owner Sheikh Hamdan Al Maktoum has decided against the Oaks.

“We haven’t done much with her since Sunday, but she seems OK,” Burrows told Sky Sports.

“She did us proud and it’s just a shame everything happened a bit away from us as she had nothing to race with.

“We’ll see how she is in the next week or so, but the boss [Sheikh Hamdan] doesn’t want to go for the Oaks, so that’s a no.

I think we’ll probably step her up to 10 furlongs on her next start, but I’m not 100 per cent sure where.

“The Musidora at York next week will come too quick and then there’s a race on Lockinge Day at Newbury, but I’d have thought that would be too soon as well.

“There’s the Height of Fashion Stakes at Goodwood, but she’ll tell us when she’s ready.

“She won’t be going to Epsom, as things stand, but she’s a very exciting filly and we’re looking forward to the rest of the season.”

Lockinge Day at Nebwbury takes place on May 20 and the Height of Fashion Stakes takes place five days later.