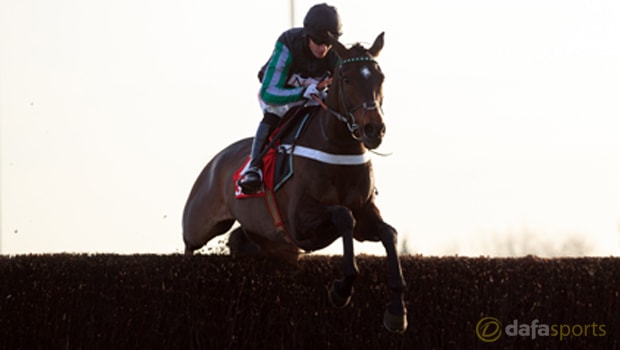 Nicky Henderson has revealed his unbeaten chaser Altior will not run in next weekend’s Clarence House Chase at Ascot.

Last season’s Supreme Novices’ Hurdle winner has made a fine start to his career as a novice chaser, winning all three starts to date.

The most recent of those arrived via an 18-length triumph in the Wayward Lad Novices’ Chase at Kempton over Christmas and, having given Altior a break since, Henderson says it would be asking too much to pitch him in against experienced rivals for the Ascot contest.

Instead, he is likely to follow the path taken by Sprinter Sacre in his novice season, when he went from Kempton to the Grade Two Game Spirit Chase at Newbury before going on to win the Racing Post Arkle at the Cheltenham Festival.

“Altior will not run in the Clarence House,” Henderson told the Racing Post. “He has just finished his mid-winter break and it comes a bit soon, especially as it would mean putting him into a Grade One in open company.

“There are a few other options for him but the Game Spirit looks the most likely as I do like Newbury and the timings work well.”

Having won all five starts over flights last season, culminating in Cheltenham glory, Altior is now unbeaten in eight starts since going over obstacles.

He looks destined to mount a major bid to land Seven Barrows trainer Henderson a third success in the Arkle in six seasons following impressive wins from Sprinter Sacre and Simonsig in 2012 and 2013 respectively.

Altior is 2.25 to win the Arkle, while old rival and Supreme Novices’ runner-up Min can be backed at 3.75 for trainer Willie Mullins.