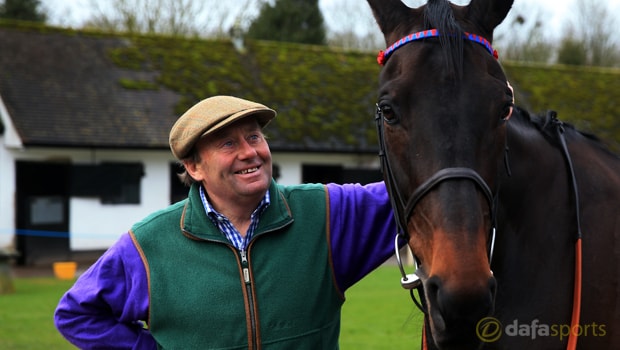 Nicky Henderson has announced the retirement of two-time Queen Mother Champion Chase winner Sprinter Sacre because of a minor injury.

The 10-year-old was being geared towards a return to action in the Tingle Creek Chase at Sandown but Henderson discovered a minor injury in his near fore-leg last week and made the decision to retire his superstar.

Sprinter Sacre, winner of 18 of his 24 career starts and more than £1,130,000 in prize money, staged his very own racing fairytale last season.

Beset with an irregular heartbeat in his prime, the ‘Black Aeroplane’ was on the verge of retirement before he stormed to success in Cheltenham’s Shloer Chase last November.

That win sparked an unbeaten four-race sequence last season, the highlight of which arrived when he regained the Champion Chase at the Cheltenham Festival in March.

His final race came at Sandown in April, where he dished out a sound beating to Un De Sceaux in the Celebration Chase.

Henderson admitted that it was no easy decision to retire Sprinter Sacre, but the Seven Barrows handler concluded that it was the fairest decision for the horse, given his age.

“He’s been a great part of our lives,” said the trainer.

“What happened last year was something that will never be repeated in my lifetime. In terms of emotion it took us all to the brink.

“He’s in staggeringly good form. The sad thing is that he is doing everything right.

“If you saw him now, you wouldn’t know which leg it was, but there’s a little bit of heat in his near-fore that has shown up on the scan.

If he was seven, you’d say give him a year off and he’d be back. But he’s not seven any more and this is the right thing to do.”